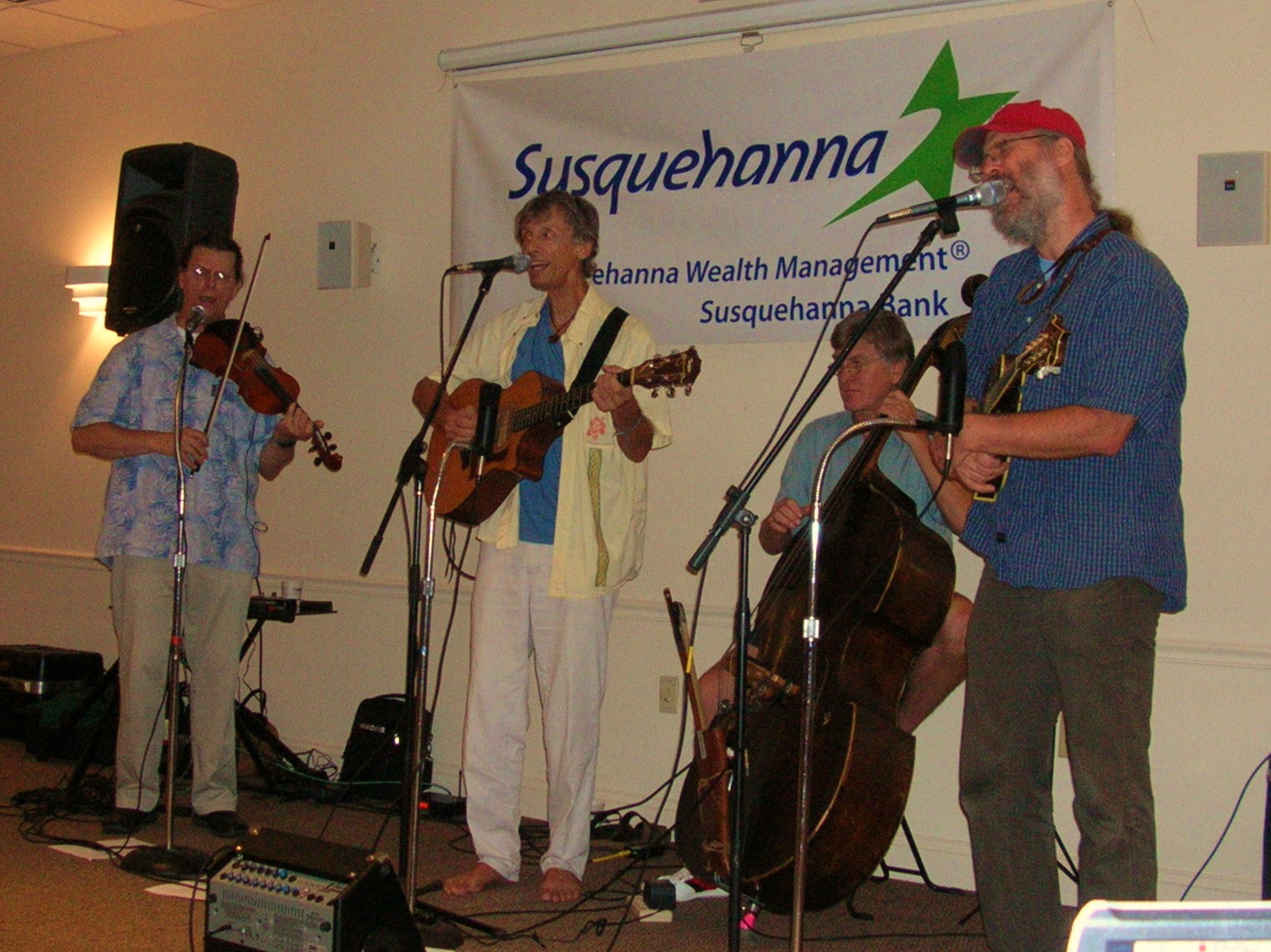 Jamie formed the band as a fiddle/guitar duo in 1997. Since then, he has seen musicians come and go ... but mostly they've stayed, if only as part-time members. His enthusiasm for the music is contagious and in spite of moving from the Harrisburg area of Pennsylvania to Tucson, Arizona, the band has kept going, still loved and still greatly in demand. The band appears as a trio, quartet or quintet, depending on requirements

Bruce has established himself as a fine, Sligo-style fiddler. He also adds guitar and is a strong vocalist. Based in State College, Pennsylvania, he travels frequently performing (solo and with his trio, Smash the Windows) and teaching. He has added many of his original Irish style tunes to the band's repertoire. He's also able to turn to his vast repertoire of songs from Irish and British traditions, both witty and uplifting as well as sad and moving.

A multi-instrumentalist and singer, Ken adds much to the band with his many talents and extensive repertoire. Over the years, he has performed in numerous styles - country, jazz, bossa nova, bluegrass and, of course, celtic - and performed with countless musicians from diverse genres all over the country.

RYCK KAISER (fiddle) Ryck has often played with the band since its founding, appearing on the debut CD, "Launie Tunes" and on many occasions in concert and at festivals. A fine musician who has established himself in a variety of styles, including old timey, swing and celtic.

Henry has made a name for himself in the world of acoustic roots music, performing in a variety of different styles: bluegrass, old-time, swing, klezmer ... and of course, celtic. Over the years, he's performed with a wide range of musicians throughout the US and Europe.

He played mandolin and guitar with the cutting-edge bluegrass band Cornerstone from Ithaca, NY, and has made countless appearances and recordings in an extensive array of genres. Henry is currently singing and performing at festivals, concert venues, and contradances with groups such as The Harrisburg Mandolin Ensemble, The Contra Rebels, and Rootbound.

He adds a contemporary twist to the Launies' original sound. Henry is also able to draw on his extensive repertoire and contribute songs from Appalachian and other American traditions, as well as some of his own original songs.

Paul is a multi-instrumentalist who has also produced Jamie's last two albums in his studio, Celtic Light. He occasionally adds his many talents to the band's live performances.

When Debbi performs, she brings in a wonderful extra dimension to the band with her beautiful vocals and strong guitar and bodhran accompaniments. She is also able to reach into an extensive repertoire, bringing many new songs to the band.

BRUCE CAMPBELL (bass) performs in a variety of styles with a number of bands. When available, he's a welcome addition to the Launies.

JOE DeCRISTOPHER (bass) falls into the same category as Bruce Campbell - an excellent bassist who becomes an essential part of the band when available.

CHAD SHAMBAUGH is a master bodhran player and percussionist. He first played with the Launies around 2001 and can still be found joining the ranks.