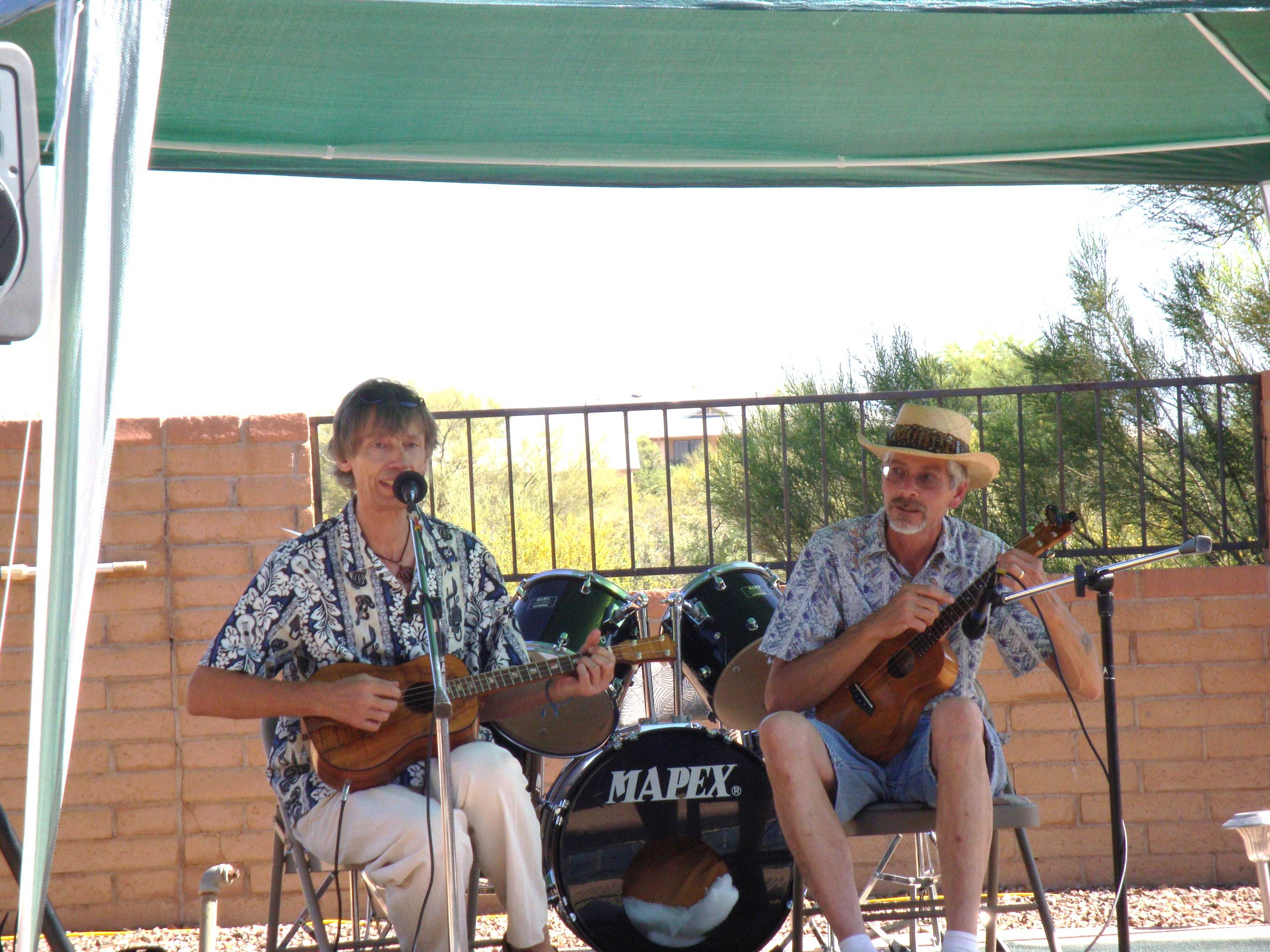 Jamie and Jay Connell playing at a luau


Jamie first visited the Hawaiian Islands around 2000 and on his first day was lucky enough to meet Keoki Kahumoku and Owana Salazar and enjoy their singing, slack key and steel guitar and ukulele playing. Within a year, he had also met George Kahumoku Jr., Ozzie Kotani, Keola Beamer and many others from the world of Hawaiian music.

George became the closest thing to a music teacher Jamie ever had, encouraging him to take up taro patch tuning and finger picking. Soon, the pair were performing together - Jamie Irish music and George Hawaiian - across the Islands and on the Mainland: "Celtic Aloha, Oceans Apart, Islands Together" was born. Other musicians who became involved in the project included Keoki, Job Cabato, Daniel Ho, John Winship, Matt Willen and others, including dancers Nancy Kahumoku and Hillary Horner among others.

Over time, Jamie has been introduced to many Hawaiian songs (traditional, contemporary, hapa haole, Hawaiian language, and more) and has included many celtic and British songs which lend themselves to a slack key approach, creating a fascinating repertoire that truly combines the different traditions and cultures with great respect and without losing touch with their origins.

Jamie continues to travel to Hawaii each year and has performed on five islands: Maui, the Big Island of Hawaii, Kauai, Oahu and Lanai. He performs with Celtic Aloha, solo and with Henry Koretzky. Since moving to Tucson, Jamie has appeared frequently at Lani's Luau Hawaiian Restaurant on the East Side of town. Check the calendar for his next performance.

Jamie is a member of the Hawaii Academy of Recording Arts.